Share a memory
Obituary & Services
Tribute Wall
Read more about the life story of Bertha and share your memory.

Bertha Thornton went “home forever with God” on Tuesday, July 26, 2022 at the age of 97.  Bertha (modified from Berta) Lehmann was born on March 11, 1925 in Minciuna, Tighina in Romania.  In 1928 at the age of three, Bertha’s family immigrated to Canada. Her father survived World War I, where he served as a messenger, and he wanted a safer, more stable country to raise his family.  Bertha’s family homesteaded in the Spondin area where she attended the Gooseberry Lake School.  She walked one and three quarters miles each way to school, until her family could afford a horse for her to ride.  She helped her family work in the fields with horse and plow and tended to the livestock.  At eighteen, she left home and moved to Coronation to work at the hospital under Dr. O’Brien.  She met Emil Roessler on the farm at Lake Thelma and they were married in December 1944.  They moved into a house in Coronation, where Emil made a living with a house moving company.  Their first child, Roy, was born in 1945 followed by three daughters – Joyce in 1949, May Anne in 1952, and their last child, Donna, was born in 1958 just a few months after Emil’s sudden passing on Christmas Eve 1957 from a heart attack.  Bertha was determined to keep her family together and did her best to raise her four children with the help of good friends and neighbours.

One evening, Harold Thornton asked Bertha out to see a movie.  This movie date led to a marriage in November 1960.  Bertha moved her family to Harold’s farm, two miles west of Coronation, and joined Harold’s family of four children – Janet, Richard, Bill, and Donna.  Harold and Bertha worked hard together on his dairy farm,  where they also raised chickens, turkeys, pigs, and grew a large garden to feed their family over the winter.  Harold was very active in community service and was the Reeve of Paintearth County as well as served on the Coronation Hospital Board.  Bertha travelled with Harold to conventions across the province and they also enjoyed travelling for recreational purposes.  They travelled throughout Canada, the US, and also Europe. Harold’s cancer returned after being in remission for many years, and after a valiant fight, he passed away on April 6, 1981.  In the years that followed, Bertha kept herself busy with family and friends.  She was a chartered member of the Order of the Royal Purple for 44 years and officially became a life member on March 11, 1990.  She loved to play and call bingo, play card games, cook and bake, play and watch curling, play floor disking, dance, and play her harmonica.  She enjoyed working at the “Tea Tyme Porcelain Treasures” and attending church, bible study, and local functions.  Her love of music was heard in the songs she played on her mouth organ, such as “This Land is My Land”, “Heel Toe Polka”, and many Christmas carols.  Her love of laughter and good times only left her briefly in times of grief.  She adapted to many changes in her life, including failing eyesight, but always looked to the bright side.  She loved her large family and her friends were like family to her.  Bertha also loved her community of Coronation and its people and she was always willing to help someone in need.

Video is available for this event 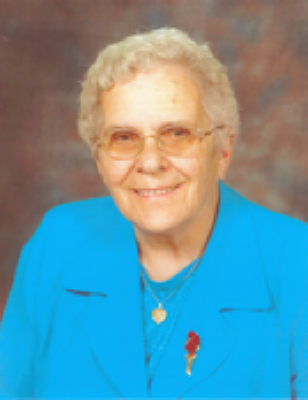 Please note
For your connection to the Funeral Service from abroad, a Live-Stream link will be made available the morning of Monday, August 15, 2022.