Share a memory
Obituary & Services
Tribute Wall
Read more about the life story of Betty and share your memory.

On behalf of the family, we share the eulogy and words of remembrance from Betty's funeral service:

We are gathered today to celebrate the life of Betty Kirsten Schmidt. We are Riel, Kelsy and Joli, the children of Betty and Henry’s oldest daughter Marilyn. It’s really great to see so many family, friends and neighbours here today.

Betty Kirsten Christiansen was born near Talbot, Alberta in 1932. She was the third child of 10. Her parents had come from Denmark in 1928, eventually settling in the Coronation area.

Grandma went to school until Grade 10, earning the Governor General’s award in Grade 9. She later earned her GED High School Diploma in 1990 at the age of 58. And she wouldn’t let you forget it, she was so proud of her accomplishment. Education was very important to her and she would support any family member who wanted to pursue any kind of training, course or degree.

Betty married Henry George Schmidt in 1949. They farmed and raised their family east of Talbot. The couple had 9 children, Glen "Bill", John, Allan "Shorty", Marilyn, Gordon "Mike", Thomas, Linda "Diane", Sherry and Timothy. Their first home was small, even after building on. They built their current home in in 1974. Family was very important to Grandma. She remembered the birthdays and anniversaries of all her children, 29 grandchildren and 35 great-grandchildren. She most likely could also remember the weather, what she was wearing and what she had for lunch on those days.

Grandma gave the best cards. They were never traditional, always funny and often inappropriate. During the pandemic, when she couldn’t get out shopping, she was upset that she was forced to give boring cards. But she made sure to customize them with little notes like “Wash Your Hands” or “Behave Yourself.”

Grandma’s gifts were always personal. She remembered your favourite colour, sports team, animal and if you had a collection, she would always add to it. She also knew your favourite meal, dessert, preserves … all homemade and often in a care package. It’s funny to look back, as kids, that we had to sneak pickles and leave the half-eaten jar on the shelf, like Kelli and Tyrone, as we were encouraged to raid the cold room for our favourite pickles, jam or relish at every visit.

Grandma was known for her knitting and sewing with her family receiving gifts of homemade doll clothes, sweaters, mittens, washcloths and more. She also made a custom quilt for each of her grandchildren for their graduation. Grandma was very generous. In her later years, if you showed an interest in one of her collections or mementos, she put your name on the bottom of it because she wanted to ensure her treasures went to someone who valued them.

Lucky Carlos! You get the seashell ship that you liked when you were seven. (Yay!)

When visiting, grandma would share stories of her childhood, her humble beginnings and her Danish ancestry. She took great joy in passing down traditions and skills she learned from her mother and mother-in-law. Grandma did not learn to cook until she was married and Grandpa told us that there was much trial and error.

Grandma was the original recycler. What is trendy now, Grandma did out of necessity growing up during the depression. With such a large family, she learned how to stretch the family resources through creative cooking, canning, sewing, gardening, recycling, knitting and quilting. Many of these skills have been passed down through the generations.

But not always; Dustie remembers being in the 4-H sewing club and asking Grandma to help her with a pair of very pink coveralls. It wasn’t going well and Grandma strongly suggested that Dustie quit as she wasn’t very good at it.

Grandma was very direct. Another example of her directness was when we visited this past August and she proudly announced that she had entered in 15 categories at the Coronation Fair, a highlight of the year for her, and was worried who was going to gather all her ribbons. When challenged that she might not win ribbons in all the categories, she said that she wasn’t worried because she entered in the over 80 category and how many entries could there possibly be.

Grandma looked forward to garage sales, thrift stores and community rummage sales often with grandchildren in tow. Grandpa said that she was so cheap that money would rot in the bottom of her purse. She loved a deal and would often send family members on quests to find bargains. I will never forget the cashier’s face at No Frills in Stettler when we bought 27 pounds of cabbage so she could make sauerkraut. Nothing went to waste. We have all dried dishes with tea towel remnants with more holes than not, warmed up soup in margarine containers from the 1970s and ate off melamine plates that were well past their prime.

Grandma loved disking, curling, jigsaw puzzles, canasta, Trivial Pursuit and especially Scrabble. She looked forward to her weekly Scrabble match with her close friend Marcella, which Grandma rarely won. When she did, the scoresheet was proudly posted on the fridge and she would tell everyone.

Grandma was a super-hero. Even with her life-long health issues, she never complained. She suffered many loses including children, siblings and her husband. When she completely lost her hearing, her life changed drastically. Piles of scrap paper were ready to share with her, as long as you wrote on both sides and used correct spelling. On one hospital visit in Red Deer, Joli met her and the ambulance crew at the hospital. One of the attendants mentioned how sharp she was as she corrected their spelling during their written communications.

It must have been difficult for her, not being able to communicate like she used to. She adapted … and so did we.  When asked about her hearing loss, she said was content seeing her family together and enjoying each other. She especially looked forward to Christmas Eve at Talbot, when the Schmidt family got together each year.  It breaks my heart that she didn’t have one more Talbot Christmas.  She would be so happy that we are gathered here today, sharing stories and memories. The legacy and traditions that she passed along will continue with the family that she cherished so very much.

If so desired, memorial contributions may be made to Coronation Memorial Library, Alberta Lung Association, or Asthma Canada.

Condolences may be sent or viewed at www.coronationfuneralhome.ca. Arrangements in care of Coronation Funeral Home, Coronation, Alberta. Phone: 403.578.2928. 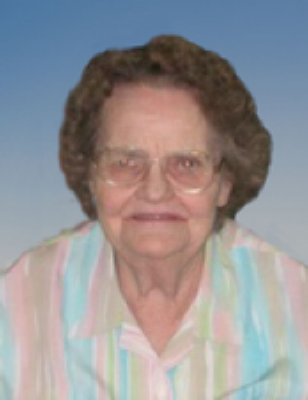