Share a memory
Obituary & Services
Tribute Wall
Read more about the life story of William 'Bill' and share your memory.

Mr. William John ‘Bill’ Lindmark passed away at the Coronation Long Term Care Centre on Sunday, February 13, 2022 at the age of 93 years. He was the second child born to John and Sadie Lindmark. Bill took his schooling at the Rough Meadow School, walking or riding horse back with Archie Brown. He spent a lot of his childhood over at the Brown’s playing with his cousins, Archie and Frances. Bill took one year of High School in Coronation, but he then quit to help his Dad on the farm. In the summer when they were farming, their tractor was a D2 CAT which had a ground speed of 3 ½ miles per hour, pulling an eight foot tiller. His Dad owned one of the first combines in the area which he helped run. In the winter, he helped a neighbor, Joe Carter with his farm work, which included breaking horses, which Bill really enjoyed doing. Bill’s family lived on the Pearson place a mile east of the family farm at Brownfield. They lived there until they moved to the George Frick farm when he was twelve years old. His parents bought this land which had been owned by Joe Carter; and he lived there with his parents until his marriage to Beatrice Gilbertson on October 28, 1951. They lived in Coronation, where Bill worked for the C.P.R the first winter. They then moved to the George Frick house which they rented and eventually purchased. Bill grain farmed and raised cattle there. He really enjoyed his cattle and horses. Five children were raised on this land. Bill and Bea enjoyed travelling with their friends to many places throughout Canada and the United States. He enjoyed going to rodeos, and in later years, watching them on the TV, on his Cowboy Channel. He enjoyed driving his truck around in later years checking crops and cattle in the neighborhood. He kept his love for farming and still had his cattle until moving into DSL in Coronation. The last few years he spent in DSL, and then the Long Term Care Centre, where he received excellent care. Bill loved going out for suppers with his family and especially loved seeing his grandchildren and great grandchildren. They loved him dearly as well. Bill leaves behind his five children and their families, daughter, Stacee (Toot) Suntjens and his granddaughter, Pam Collins and her children, Brenden and Reid and his granddaughter, Danielle Collins and her daughter, Holly, his daughter, Arlana (George) Glazier, his granddaughter, Tricia (Dionne) Elliott and their children, Sydney and Payton, his granddaughter, Candice (Tim) Bussing and their children, Braxton, Bronwen and Georgia, his granddaughter-in-law, Jaime Glazier (Heath) and her son, Lincoln, his son, Dallas (Nicole) Lindmark, his grandson, Bogdan Niculescu (Marly), his son, Wade (Judy) Lindmark, his grandson, Ryan (Jua) Lindmark and their children, Henry and Archie, his  grandson, Barry (Tanis) Lindmark and their children, Nash, Bo, Renn and Jayde, his grandson, Robbie (Larissa) Lindmark and their son, Landon, and his granddaughter, Brooke Lindmark (Devin), his daughter, Reneé (Allen) Deacon, his grandson, Corey (Liz) Deacon and his granddaughter, Carly (Korey) Burne. Bill will also be sadly missed by his siblings, Leonard (Janet) Lindmark, Dale (Charlotte) Lindmark and Bruce (Ruth) Lindmark; as well as numerous nieces, nephews and many dear friends. Bill was predeceased by his parents, John and Sadie, his loving wife, Beatrice with whom he shared sixty-three wonderful years, his sister, Eileen and her husband, Les Merchant, his sister, Dorothy and her husband, Ian Yeats, his brother, Bobby and his wife, Joanne Lindmark and a grandson, Travis Glazier. A Private Family Graveside Service will be held in the spring of 2022. Interment will be held at the Coronation Cemetery, Coronation, Alberta. Condolences, memories and photos may be shared and viewed at www.coronationfuneralhome.ca. Arrangements in care of Coronation Funeral Home, Coronation, Alberta. Phone: 403.578.2928. 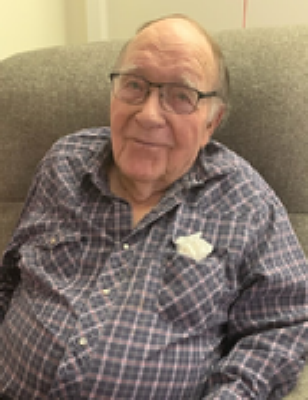 You can still show your support by sending flowers directly to the family, or by planting a memorial tree in the memory of William 'Bill' John Lindmark
SHARE OBITUARY
© 2023 Coronation Funeral Home. All Rights Reserved. Funeral Home website by CFS & TA | Terms of Use | Privacy Policy | Accessibility